In Case You Think the Trump Rallies Are Irresponsible….

In a fair world, and if these were normal times, I might agree with you.

But this is not a fair world, and these are not normal times. 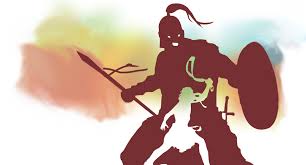 Donald Trump is not fighting just the Biden Campaign.  He is up against the massively powerful and rabidly partisan [propaganda] news media as well as the Big Tech puppet masters who control social media, a combined force of incomparable power.  Think Rambo versus an army of local, state and federal government forces led by corrupt people grossly abusing their power.  You didn't need to love Rambo to cheer him on, nor do you need to love Donald Trump to appreciate the blatant unfairness of this campaign battle.  This is David versus Goliath.  The so-called “mainstream” press has refused to inform their readers about anything negative on Joe Biden while conversely refusing to print anything positive about Donald Trump.  Twitter and Face Book have been notoriously censoring conservatives and negative news about Joe Biden.  This rampant abuse of power and guerilla warfare has left Trump with no choice but to surrender or take his message directly to the American people by the only means he has left - his rallies.  If COVID spreads because the Left has played dirty and done everything in its power to prevent Trump from getting his message to the American people by less risky means, I hold the corrupt Left, not Trump, wholly responsible for that.  The media will not fight Trump’s battles while he hides in a basement like Joe Biden, and yet the battle must be fought.