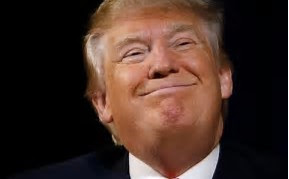 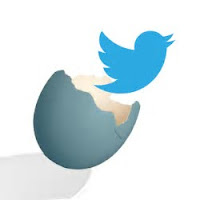 That’s the headline at FoxNews.com this morning, and I’m sure it’s making the rounds at every news station.  Is it helpful to Donald Trump and his ambitious agenda for this to be the story that greets people when they turn on the news?

LaVar Ball is an ungrateful moron who didn’t instill good values in his son, but Donald Trump is doing himself no favors in this particular Twitter war.  As someone who voted for Trump and is willing to give him his due when he does the right thing, I find his reaction to Ball’s idiocy to be childish and revealing – yet again – of a giant ego problem.

Trump had banked some credit as a statesman by using his clout to obtain the release of the three shoplifting basketball players (a questionable use of presidential capital, if you ask me) but then immediately erased that credit by engaging in a public exchange that clearly exposed his intervention as a gratuitous act meant to bolster his own image.  That’s the only conclusion I can reach when, miffed by a father’s ingratitude, he tweets that he should have left all three to their fate in China.  In other words, freeing the boys/men from their harsh fate in China wasn’t worth it if Trump doesn’t get his due in adulation and respect.  That’s not how it’s supposed to work, especially when the individuals who were released were appropriately grateful and respectful, at least in public.  And today he made things worse by appearing to insult supporter Don King in his haste to retaliate against Ball.

The bigger problem with this kind of feud is that it reveals the real Donald Trump for who he is:  small, ego-driven and easily moved off track.  I might have made the same mistakes too – when I was 25.  By Trump’s age I would hope to know better.  It seems that there is a straight line from Trump’s ego to his brain:  whenever the ego takes a hit, so does his I.Q.  These aren’t qualities we generally like to see in a POTUS, and it leads me to question his sincerity on any number of what, on the surface, appear to be heartfelt gestures.  I’m guessing I’m not alone.

For those who disagree, please consider how differently things would look right now if Trump had just shown a bit of discipline and responded differently to the ungrateful moron, LaVar Ball.  If he would have ignored him or tweeted something such as:  “@LaVar Ball:   You’re welcome,” and then let it go, how much bigger the man would Trump have appeared to be?  For someone who so desperately wants respect, he keeps shooting himself in the foot.  A truly great man doesn’t let fools rattle him, at least not publically.  Not good.  Not smart.

To leave a comment on this post please do so at The Pesky Truth.  I am unable to respond to comments on Blogger.  Thanks.
Posted by CW at 8:58 AM No comments: