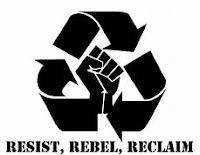 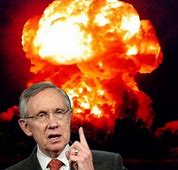 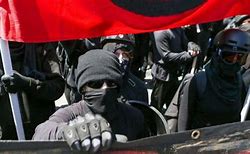 Democracy:  a government in which the supreme power is vested in the people and exercised by them directly or indirectly through a system of representation usually involving periodically held free elections

For as long as I can remember now the Left in this country has continually lowered the bar when it comes to standards of behavior, political discourse and political gamesmanship. From Ted Kennedy’s lying tirade against the superbly qualified Robert Bork…to Democrats’ partisan defense of Bill Clinton’s predatory ways against women…to Al Gore’s hissy-fit legal battle over his legitimate loss in the 2000 presidential election…to the first era of Derangement Syndrome (i.e. the complete absence of reason, fairness and objectivity) targeted at George W. Bush…to the “pen and phone” presidency of Barack Obama under which the Deep State grew and flourished and Democrats became at ease with being lied to by their government (remember their outrage over the Jonathan Gruber/Obamacare revelations?  Yeah, me neither)…to Harry Reid’s invoking of the “nuclear option”…to today’s Trump Derangement Syndrome which dwarfs BDS by perhaps a factor of ten, Democrats just keep lowering that bar.  And each lowering brings a rash of angry editorials, furious blog posts, radio diatribes and pseudo debates between TV talking heads as conservatives rightly denounce the Left’s actions but rarely – unless I’ve missed it – do they take the argument to its obvious conclusion, which is as follows:

That reality is a critical point for everyone to understand because we live under the best system of government in the world designed by some of the brightest, wisest Americans who ever lived.  Actions speak louder than words, and by their actions the Left’s rejection of that system has been clearly  communicated again and again.  Consider all that we’ve witnessed in recent years:

Ongoing and increasingly vicious attacks on the free speech rights of conservatives;

The deliberate politicization of our judiciary, especially the Supreme Court, and disintegration of order and respect in the confirmation process when nominees are deemed to be a conservative;

The rise of groups such as Occupy Wallstreet and Antifa who anoint themselves as the arbiters of other peoples’ rights and who justify their lawless ways with made-up claims of fighting “fascism,” which they – not the dictionary - define;

The increased acceptance of legalized theft under the guise of “democratic socialism;”

The proudly touted “resistance” movement, embraced by leaders of the Left including Hillary Clinton and Nancy Pelosi, in response to a legitimately elected administration enacting a constitutional agenda;

The American Left has rejected democracy in every conceivable way except by formal declaration. Honesty is not their style.  These are, after all, not the sort of brave and principled people as those who formally declared their intention to separate from Mother England and were willing to fight and die for the rights they believed to be theirs back in 1776.  Instead, the American Left feigns allegiance to the Constitution and to our non-violent system of government crafted therein, all while continually engaging – once surreptitiously, now openly - in attacks meant to undermine that very Constitution and system of governance.  They are, in short, attempting a coup, and they’re only hoping we won’t notice or act until it’s too late.  Why?  Because the Left wants to enjoy the benefits and protections of our constitutional republic without all the pesky obligations that go along with it.  It is those obligations – the requirement to honor the Bill of Rights and abide by the law – that keeps the Right in check while the Left carries on with its evil intent.

And if you’re not angry yet, there’s something amiss with you.

It’s time to bring the reality of who we’re dealing with to the forefront of every debate and discussion that centers on politics, because without this understanding of what’s actually going on little else matters.  Democrats, and particularly those who hail from the far Left and self-describe as socialists or  “democratic socialists” (a term that’s meant to get past Americans’ instinctive aversion to socialism) should be asked point blank whether they stand with the Constitution as written or not and, after they lie, made to defend their actions that are contrary to their declaration.  We are in desperate need of daylight in this nation, because right now it’s so dark too many people can’t see the giant elephant that’s right there in the room.

Postscript:
Within an hour of my publishing this post we have this latest news item from Fox News:


“New Jersey Sen. Cory Booker injected chaos into Judge Brett Kavanaugh’s Supreme Court confirmation hearing Thursday by releasing confidential Kavanaugh emails with the backing of fellow Democrats in possible violation of Senate rules, calling it an act of “civil disobedience” and drawing condemnation from the Republicans on the committee.”
Perfect example of what I’m talking about.  The bar is lowered yet again.  ~ CW

This post can also be seen at the blog site The Pesky Truth (link).
Posted by CW at 9:54 AM No comments: