The One Critical Debate Question No One Ever Asks 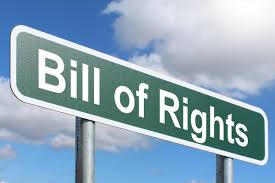 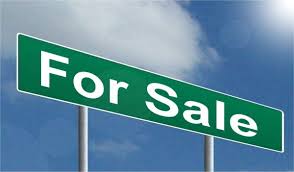 Every debate moderator:   “How do you plan to pay for your [socialist] proposals?”

In 2019, this is what passes for a hard-hitting question in political debates, and it reveals a dangerous transformation that the Left has successfully engineered in the American mindset.  200…150…100, maybe even 50 years ago, the real question would have been:

“What gives you the right to propose such things?”

And it would have – should have – been asked with an attitude of righteous indignation if not unabashed outrage.

Not anymore.  Now that the Left has trained us, like robotic serfs, to think the way they would like us to think, we no longer question whether the elected “representatives” controlling the reins of government have the right to do the things they do, or to take the things they take.  It’s now just a matter of whether we can “afford” it and - trust me – the so-called “progressives” will always determine that their socialist schemes are affordable.  One way or another.

This was never what the Founders intended, nor is it constitutional by any stretch of the imagination.  How is my welfare served when, after paying for my own college and helping my children with theirs, I am now forced to pay for the college of strangers?  If the leftist answer is that an educated populace is good for us all, then my response is that the societal benefit isn’t lessened when people pay their own way.  Turning us into a nation of thieves who think nothing of stealing from our fellow citizens does not improve the “general welfare.”  The same reasoning applies to the rest of the long list of “free” stuff proposed by the leftists who, for their own nefarious reasons, are obsessed with controlling our money.

But because Republicans do not have the good sense to stand up and talk about rights, we are reduced to the useless job of arguing over how things are “paid for,” which means we’ve already lost.  The only questions now are when and how much?  (And the respective answers are:  Sooner than you think; and:  As much as they can get).  So I will repeat my favorite joke (yes, AGAIN) as an added way of shedding light for those who still don’t get it:

The man says, “We’ve already established what kind of woman you are.  Now we’re just arguing over the price.”

By tempting us with “free” stuff at the expense of others, the Left has succeeded in turning Americans into whores and thieves.  Too many Americans no longer see ourselves as the rightful owners of our own money or of the labor we expend to produce that money.  We have stopped defending our rights, and we now just quibble over the price for our slavery. 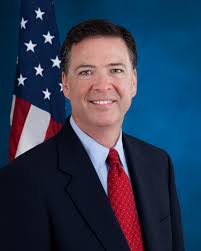 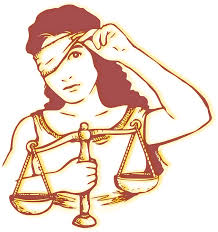 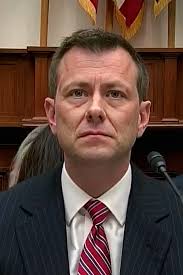 The long awaited Mueller hearings this week revealed Democrats’ strategy for setting up a case to impeach Donald Trump based upon the crime of “obstruction of justice.”  Clearly they put their little heads together and plotted and planned their attack, citing damning details from the Mueller Report in carefully choreographed coordination and projecting their poster boards for the TV cameras so as to make the most powerful imprint upon impressionable Americans who tuned in for the show.  Not surprisingly the obstruction-obsessed Democrats didn’t bother to concern themselves with the second half of the equation:  Justice.

“…the maintenance or administration of what is just especially by the impartial adjustment of conflicting claims or the assignment of merited rewards or punishments…the administration of law…the quality of being just, impartial, or fair…the principle or ideal of just dealing or right action…conformity to this principle or ideal : RIGHTEOUSNESS…the quality of conforming to law…conformity to truth, fact, or reason : CORRECTNESS.”

Anyone who rooted for Harrison Ford’s character in the great movie, The Fugitive, understands a little something about the true meaning of justice.  Harris’ character was wrongly accused and convicted of murdering his wife.  When he fortuitously gets a chance to escape, he takes it, and then he sets about trying to evade the clutches of “justice” while he embarks on a mission to find the real killer.  And since this is the movies, Harrison does indeed discover and expose the real killer, and to the great satisfaction of the audience his exoneration and freedom are assumed.  But again, this is the movies, where people appreciate and understand justice because there is nothing at stake for them.

Back to real life and the sad realities of human nature.  While Democrats were rabidly focused on obstruction, none of them seemed the least bit concerned or curious as to whether justice had been properly pursued.  While Republicans commendably pelted Robert Mueller with great questions about the nefarious origins of the investigation and the undeniably biased team that he assembled in pursuit of “justice,” Democrats were true to form in their absence of curiosity about those pesky details.  Nor did they share Republicans’ justified outrage at Mueller’s invention of the “not exonerated” standard that flies in the face of the American system of justice under which people are presumed innocent unless proven guilty, not guilty until proven innocent as Mueller cunningly implied.  Only one side seemed interested in establishing whether or not the “justice” side of the equation had been satisfied, and it wasn’t the Democrats; yet without justice there can be no obstruction of justice.  I challenge anyone to argue otherwise.

Democrats around the blogosphere are angrily demanding to know why Trump supporters aren’t outraged by the efforts of Trump et al to impede or stop the Mueller investigation.  I would suggest that they watch one of those great old movies where an innocent person is being railroaded by corrupt people in the system:  the lazy sheriff, the lying witnesses, the prosecutor who just wants another notch on his belt and the judge who’s on the take.  When you find yourself pulling for the innocent person doing whatever he can to fight the “justice” system, maybe then you’ll understand.

From John Nolte at Breitbart:


"Democrats Just Had Their Worst Week in 47 Years" 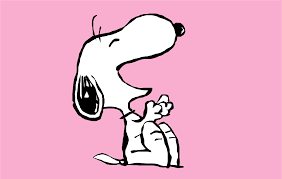 The mean, intolerant, conscience-challenged and philosophically-confused co-owner of the sad little restaurant that earned its notoriety for refusing to serve White House spokesperson Sarah Sanders and her family has penned an especially nasty op-ed that the editors of the Washington Post, true to their leftist ideologies, found worthy of printing.  I would provide a link to the op-ed but apparently I have to subscribe to the WP, and I would sooner give my money to a drug addict than support leftist propaganda, so I’ll stick to what was reported in Fox News.

“….Stephanie Wilkinson…wrote that ‘no one in the industry condones the physical assault of a patron’ before going on to argue that businesses are also expected to adhere to a ‘code of ethics.’


‘The once-ubiquitous idea that companies exist purely and solely to provide profit to shareholders is withering away like corn husks in the summer sun,’ she wrote, calling the new standard, ‘All are welcome. Terms and conditions apply.’


Wilkinson also pointed to several other examples of Trump officials or Republicans meeting resistance while dining out, including Senate Majority Leader Mitch McConnell, former DHS Secretary Kirstjen Nielsen and White House adviser Stephen Miller.  Wilkinson [who hereinafter shall be referred to as the Hateful Hen] said restaurant workers cannot be expected to ‘clock out of their consciences when they clock in to work.’


‘The high-profile clashes rarely involve one citizen fussing at another over the entrees. It’s more often a frustrated person (some of whom are restaurant employees) lashing out at the representatives of an administration that has made its name trashing norms and breaking backs. Not surprising, if you think about it: You can’t call people your enemies by day and expect hospitality from them in the evening,’ she wrote.


‘So when the day comes that the world feels returned to its normal axis, I expect we’ll see fewer highly charged encounters making headlines. In the meantime, the new rules apply. If you’re directly complicit in spreading hate or perpetuating suffering, maybe you should consider dining at home.’”

Not having read the original op-ed myself I am going to go out on a limb and predict that the Hateful Hen didn’t bother to provide any substance to the charge that conservatives “spread hate and perpetuate suffering;” and of course neither the leftists who manage the WP nor the sheep who bleat along in ignorant agreement will question the absence of evidence in support of these damning charges that supposedly justify the vicious discrimination of conservatives.  This is the new standard we are expected to live with, and to which I say in response:  F- that.

As I have previously noted, this latest leap in which the Left uses their irrational fantasies to justify their thuggery is simply this:  a manifestation of their contempt for their fellow citizens and a rejection of a system of government that gives anyone but them the right to decide how things will be.  “Hate” is a conveniently subjective term that the Left has latched onto for this very reason.  They can define it any way they want….any way that justifies their egregious and tyrannical behavior.  The bottom line is this:  they want power and control and they want it now.  They don’t recognize any opposition as legitimate – the Constitution be damned – and if they have to destroy the very essence of America’s soul to get what they want then by God that is what they will do.  The mentality is genuinely dangerous.

The great irony is that if anyone is justified in being angry and intolerant it is conservatives like my friends and I who are forced to watch in outrage while leftist Democrats stand at their podiums and arrogantly presume the right to use the power of our own government to steal from us in order to provide “free” handouts for everything and anything in exchange for votes, pitting one American against another, with no fear of the kind of retribution the Hateful Hen encourages against conservatives.  We are expected to be respectful while they pander to freeloaders and trespassers, using our money and risking our security.

If anyone should be chased out of restaurants and the public arena, Ms. Hateful Hen, it’s you and your kind.

I, for one, am hoping that day comes soon.