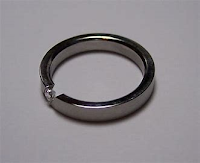 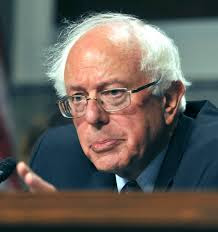 Bernie Sanders is so concerned about climate change that he spent nearly $300,000 on private air travel in October so he could speak to audiences in nine battleground states prior to November’s midterm elections.

“This expense was for transportation for the senator’s nine-day, nine-state tour to support Democratic candidates up and down the ballot ahead of Election Day,” said Arianna Jones, senior communications adviser for Friends of Bernie Sanders.

“This cost covered the entirety of the tour from Indiana, Michigan, Wisconsin, Iowa, South Carolina, Colorado, Nevada, Arizona, California, and back to Vermont,” Jones continued. “The senator participated in 25 events.”

Jones said the charter jets were necessary so Sanders could campaign for candidates and get back to Vermont to join the state Democratic Party’s campaign efforts.  The Sanders campaign purchased nearly $5,000 in carbon offsets to balance out the emissions produced from the travel. A carbon offset is a reduction in emissions to compensate for emissions elsewhere.

Sanders has been vocal about the need to curb the effects of climate change, calling it the “single greatest threat facing our planet.”  The same day his campaign paid Apollo Jets, Sanders called climate change a “planetary crisis” in a tweet.

“Climate change is a planetary crisis. Our task is clear. We must take on the fossil fuel industry that’s largely responsible for global emissions and accelerate our transition toward energy efficiency and sustainable energy sources,” Sanders wrote.

“He wanted to go where he thinks he can be helpful in energizing the base and bringing in young people and independent voters and working-class voters who supported him,” said Jeff Weaver, Sanders’ 2016 campaign manager and longtime political adviser.

The campaign also paid $13,500 to Virginia-based travel agency Metropolitan Travel at the end of September.  In July 2017, the Sanders campaign paid $37,567 to Apollo Jets, the Washington Free Beacon reported.  During the 2016 presidential election, Sanders spent $5.2 million on private jet services in a six-month period from the end of 2015 to mid-2016.

You can read the full article here.

There’s no need for me to expound on the flagrant hypocrisy of Bernie Sanders, is there?  By now we all understand what a bunch of elitist phonies these leftists are.  I will, however, call your attention to this quote by Sanders’ 2016 campaign manager:

“He wanted to go where he thinks he can be helpful in energizing the base and bringing in young people and independent voters and working-class voters who supported him.”

Oh, well that explains everything.  He wanted it.  It’s not like the rest of us plebs ever want anything.  We don’t want to get around faster or more comfortably, or drive safer cars, or quickly accomplish the things that are important to us, or enjoy the wonder of traveling this world thanks to our hard-earned technological advances.  Apparently these perks are to be reserved only for the leftists who want. 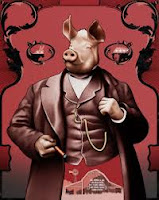