The Treacherous Culture of Liberalism 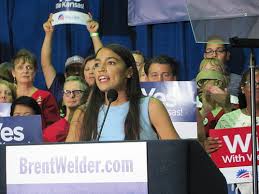 Culture:  “the customary beliefs, social forms, and material traits of a racial, religious, or social group”

First let me clarify that when I refer to “liberalism” I am lumping together liberals, leftists, “progressives,” socialists and “democratic socialists.”  In the future I’m sure we’ll have to add more terms as those on the Left adopt yet more labels to avoid being tainted with the stink that becomes inevitably associated with their most recent label, but for the time being – and for ease of understanding – I’ll just lump them all under “liberalism.”

In my humble opinion there are two elements that distinguish liberals from other Americans.  The first is a shared immersion in adolescent thinking and behavior, a.k.a. the infamous “mental disorder of liberalism” that conservatives have long paid witness to.  The evidence is overwhelming.  We’re talking about adults who can’t grasp or won’t honor simple tenets of fairness, such as due process, as we saw during the Kavanaugh hearings farce, because liberals have no appreciation for what it means to the country to preserve that sacred tenet.  They cannot resist the impulse to follow what serves their own interests in the moment, regardless of what it means for themselves and everyone else in the long term, just like a child who runs into a busy street to chase a ball.

Like children, liberals don’t engage in thoughtful debate.  Instead they play word games, they simply declare themselves the winner (Barack Obama:  “The debate is over!”), and they gang up on people like schoolyard bullies (just ask the kids of Covington Catholic).  They behave like high-schoolers in social cliques, ridiculing and ostracizing those who dare to be different, as when they marginalize anyone who challenges their beliefs on climate change and label them as “deniers” rather than respond respectfully to legitimate concerns and criticisms.

The culture of liberalism has intensified in recent years following the election of Barack Obama, due to cleverly subtle messaging that has emboldened the Left and shown them that there is little consequence to openly spitting on the basic rules of our democracy.  It has become increasingly acceptable to engage in tantrums and violence when a liberal doesn’t get his way.  That’s what Antifa is all about, their laughable claims of fighting “fascism” notwithstanding.  Anymore it is an everyday occurrence to see news stories of people attacking others in restaurants – and feeling perfectly entitled to do so - or behaving outrageously on airplanes, with no regard for the harm or inconvenience to everyone else.  The epidemic of selfishness and self-centeredness is mindboggling.  The hostility and aggression are alarming.  And it’s all part of today’s culture of liberalism.

Then there is the ease with which liberals are persuaded to blindly embrace any cause that promises to gratify their insatiable need for attention and superiority, whether it be “climate change,” #MeToo, Colin Kaepernick’s anti-flag silliness, and whatever latest nonsense is being drummed into their impressionable brains by the leftists who now run our schools, universities and news media.  I could fill a tome with example after example to demonstrate how liberalism has turned adults into perpetual adolescents (and bratty ones at that), but to speed things up let me sum it up in three words:  Alexandria Ocasio-Cortez.

No one personifies liberalism’s further regression into infantilism better than this ceaselessly-yapping, cartoon character whose hubris knows no bounds.  The 29-year old democratic socialist possesses the typical leftist’s arrogance of believing that she’s smarter than anyone else who’s ever existed, as evidenced by her constant scolding and lecturing of those who have achieved far more in life than she has.  Her wisdom is superior to the brilliant men who authored this nation’s Constitution.  She knows more than tested economists.  And she’s smarter than all the PhD’s who dispute the so-called “consensus” opinion of the oh-so-conveniently-named bogeyman, “climate change.”  But isn’t that often the case with children, that despite having little life experience of their own, they always know better than the adults?  AOC is going to solve all of this country’s problems by simply tearing up the Constitution and handing out free money that she thinks she can rightfully take from whomever she pleases.  She is too dumb, the way a small child or an animal is dumb, to consider that all of these ideas she believes she’s discovered have long been tried, failed and rejected.  She thinks she can stick her hand in the fire and not get burned, because that’s how special she is.  That is the mentality of liberalism.

The second distinguishing characteristic of the culture of liberalism is the complete absence of any deeply held commitment to overarching principles.  Liberals like the protection of free speech, but only when the protection applies just to them, as evidenced by their repeated refusals to let conservatives be heard on college campuses and elsewhere.  They like due process, but only when it applies just to them (just ask Jussie Smollett, but first ask Brett Kavanaugh).  Bill Clinton did not need to set a moral example when he was president, but now Donald Trump does.  They are either obnoxiously gleeful or completely unphased at the unequal application of law for Hillary Clinton et al vs. Donald Trump et al.  Ditto for the media’s rampant bias for Obama (favorably) vs. Trump (negatively).  They swear on the Bible to uphold the Constitution, then spend their political careers trying to circumvent it.  Truth - a necessary element for a healthy society – only matters when it furthers their agenda.  They reject the principles of personal responsibility, and their cynical devotion to identity politics belies their phony claims of wanting “equality for all.”  I really cannot think of a single principle sincerely held by liberals that their own actions do not negate.

So what we have now is a dangerously festering subculture of Americans with a child’s selfishness, absence of conscience and disconnection from moral principles; and yet these children can vote and hold powerful positions within our government.  America is truly in a scary place right now, and it will remain so and get much worse unless and until we can rid ourselves of the culture of liberalism.  Given all of the safety nets the Left has devised to ensure the culture stays alive, that’s going to require a miracle.  Let’s hope that miracle comes in the form of the Left’s own arrogance.

This post can also be viewed at the blog site, The Pesky Truth.

Out of the Mouths of Billionaires and Leftists… 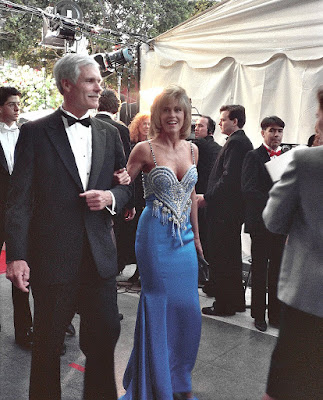 I was flipping through an old (June 2005) issue of Architectural Digest today when I came across a fascinating article on a property owned by billionaire Democrat, Ted Turner.  Although the writer, Nancy Collins, coos about the “25 properties” billionaire Turner had amassed around the world, this particular piece was about Vermejo Park Ranch, a 591,000-acre “spectacular” spread of land in New Mexico purchased by billionaire Turner.

“As far as I know, Vermejo is the largest contiguous piece of private land in the United States,” boasted billionaire Turner, who was interviewed alongside his ex-wife, the radical leftist, Jane Fonda.

“If it hadn’t been for Ted, the land would’ve been chopped up and sold off,” the leftist Fonda proudly chirped.

As I pondered Fonda’s evident relief that billionaire Turner’s massive acquisition had rescued this great piece of land from the trajedy of being divided into the dirty clutches of less-deserving, non-billionaires, I couldn’t help but wonder how this sniffy celebration of private land ownership squares with the Left’s usual insistence on preserving public lands for the enjoyment of all (though always at the expense of taxpayers or other land owners, naturally).  Had billionaire Turner not swooped in and hoarded all this land and beauty for himself, the land might have been divided into smaller parcels for people of lesser means willing to settle for a small slice of heaven as well as to entrepreneurs hoping to share in some of the same economic benefits that billionaire Turner and his pampered ex-wife – the leftist Jane Fonda – enjoy.  But no, this mustn’t be allowed.  Lowly commoners don’t know how to properly take care of the land.  They aren’t capable of appreciating its beauty and its bounty the way elites like billionaire Turner and leftist Fonda do.

“All animals are equal, but some are more equal than others.” – Animal Farm

“Fortunately, America’s most notorious cowboy rode in and saved the day…” drooled Ms. Collins (whether or not Ms. Collins understands the terms “notorious” and “cowboy” is a question yet to be determined)…turning Vermejo into a mecca of ‘recreational opportunities for sportsmen who, though they can’t afford a ranch of their own,’ explains [billionaire] Turner, ‘can afford a week here.’”

Billionaire Turner truly is a saint, isn’t he?  You can’t have your own ranch because he’s bought up all the land, but for a small fee you can come for a week and he will allow you to admire all that he possesses.  And how affordable is a week at Vermejo Park Ranch?  According to its website, “Rates [start] at $1,050 double occupancy, all meals and non-guided activities included.”  So a week would cost you a mere $7,350….minimum.  That billionaire Turner has a heart of gold, don’t you think?

Now let’s talk about the billionaire, the leftist and the environment.  The purchase of Vermejo Park Ranch included a 25,000 square foot main house (Casa Grande), an adjacent lodge and six cottages.  Per the article, “Fonda was appalled by what she initially encountered” upon seeing the buildings for the first time.  There was wall-to-wall carpeting and blue velvet furniture, for heaven’s sake.  Naturally all this had to be ripped out and delivered to the landfill.  The restoration/redecoration is admittedly beautiful, but I can’t help but wonder at what cost to the environment.  How much pollution was created as crews of workmen travelled back and forth to the ranch with their materials?  And, of course, how much pollution was created in the making of these materials?  The ornate fireplace pictured in the article featured a lovely, roaring fire.  Was this necessary to heat this massive building or was the carbon-emitting fire made solely for the purpose of an aesthetically-pleasing photo?

I’ll cut to the chase.  I find the barefaced hypocrisy of billionaire Turner and leftist Fonda to be as stunning as their ranch.  These are the very same people who work so hard to elect leftist politicians whose mission is to force ordinary Americans to limit their “carbon footprints” by restricting our access to fuel sources, vehicles, lumber, and anything else that THEY deem off-limits.  These are the very same people who whine about the absence of affordable housing, even while they drive up the cost of land by indulging themselves in lavish purchases of hundreds of thousands of acres.  Part way into the article Fonda cheerfully notes that Turner owns four ranches in Montana alone.

“We’d eat breakfast and early-morning fish at one, and drive two hours to the next for lunch and more fishing.  Then on – an (sic) – another couple of hours to a third for dinner,” laughed the leftist, Jane Fonda.

Isn’t that charming?  Presumably all this driving from one ranch to another occurred after the billionaire and the leftist flew in to Montana from one of their many other properties located elsewhere in the country, perhaps on the private jet owned by billionaire Turner.  And I think we can assume that some employee(s) had to drive to these ranches to cook for the pampered pair, as it’s hardly likely that they would have stooped to such a lowly chore themselves.

“All animals are equal, but some are more equal than others.” 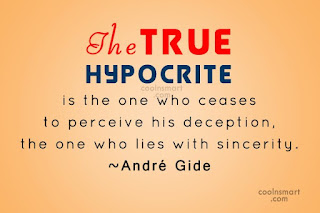 This and other posts by CW can also be found at the website The Pesky Truth.  Please visit me there to join the conversation.