Just say “NO” to Federal Money for Chicago

The madness of liberalism has created a “state of emergency” in Chicago.  That’s according to Father Michael Pfleger, the uber-leftwing Catholic priest and “social activist” who’s been a longtime fixture on the more violent side of Chicago.  Actually, Pfleger only said there was a state of emergency in Chicago (just like a fire or a flood, he informs us).  It was I who added the part about the madness of liberalism being the cause, because what else can you call it when people double down on Democrat leadership and policies that are ruining their cities?  Sounds like madness to me. 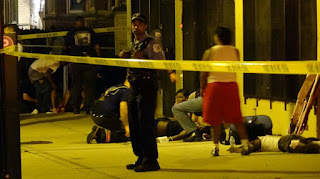 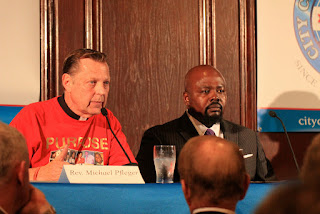 In response to the latest news on Chicago’s ever-rising violence, Donald Trump tweeted on January 2, 2017:

Actually, if the Mayor can’t do it he should resign, and he should take his Democrat cronies with him. 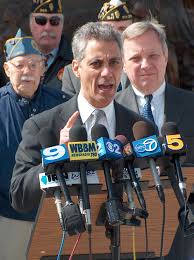 I’m not sure what Mr. Trump has in mind but as a taxpayer whose money helps fund the federal government and pay for the resources that Mr. Trump is so generously offering, I would like to suggest that we institute a policy of not using federal money to rescue people from perpetually making bad decisions.  Mr. Trump is always free to offer up a piece of his own personal fortune if he sincerely believes it will be money well spent.  It is not the responsibility of taxpayers, who are already paying to police their own communities, to save Chicagoans from their own mistakes.  In fact, rescuing them with federal money will only reward and embolden the stupidity, and ensure a bottomless pit of need.  What ails Chicago is an absence of common-sense (read:  conservative) leadership, and you don’t need money for that.  You just need people to suffer the consequences of their own decisions and to finally get tired of the pain. 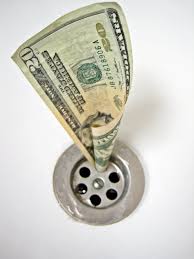 I want to hear your opinion!  To share a comment on this post please visit The Pesky Truth blog where you will find this and other posts reprinted.  Thanks!